Highlights from Volumes 5 and 6 of The Journal of Contemporary Photography. Volumes 1, 2, 5, and 6 represent the complete anthology set which is available online here.

THE AURA OF RELIC:
Stephen Berkman and John Metoyer
BY PAUL LAROSA

The vanguard of photography is sometimes rooted in the past. A growing number of contemporary photographers have turned to early processes in recent years: calotype, tintype, cyanotype, daguerreotype. What these “types” represent, besides formal challenge and an opportunity to extend one’s technical mastery, is essentially a lure of experimentation within tradition, as well as a sense of homage and respect for the artform. And one suspects even more than the technical is at play: perhaps a longing for antiquated forms that exist outside the digital domain, and for a spirit of individualism – perhaps even a kind of sentimentalism, a nostalgic yearning for a simplicity of approach harmonized with a simplicity of form: the exquisite floral study, the painterly still life, the academic nude. For some the results are wan and predictable, too mimetic and derivative, not elevating the possibilities of the form; they succeed only as authentic flatteries, flirtations with the archaic. Those who overcome imitation seem to follow Rimbaud’s edict that “one must be absolutely modern,” by working within the form as well as with it, returning not only to recreate but to re-embark. Within that group we find the distinctive work of Stephen Berkman and John Metoyer…

“I look for the figure,” Carol Munder says.
“I look for images to represent mankind.”

Here they most existentially are: two assemblages of small Etruscan bronzes, one other not Etruscan, and two big, damaged male and female Greeks.

THE GREEKS
The feet of Dionysos have come a long way. They are paralyzed nubs of the human journey. What a pity the journey counts so much more than the humans. The photograph is a tour de force of middle tones.

The bashed woman whose fingers curve is what you might call a knockout, with or without her story. The life-sized hollow bronze sculpture depicts Julia Manaeo, an upper-class woman of Alexandria. The sculptor is unknown. After Julia Manaeo died, a ruler, for reasons now lost, declared her “damned in death.” Someone obligingly smashed the sculpture’s face. Those elegant fingers could not fend off the blow. The sculpture’s beauty remains, and perhaps deepens, alongside her disfigurement. Neither rage nor damnation disrupts her calm. 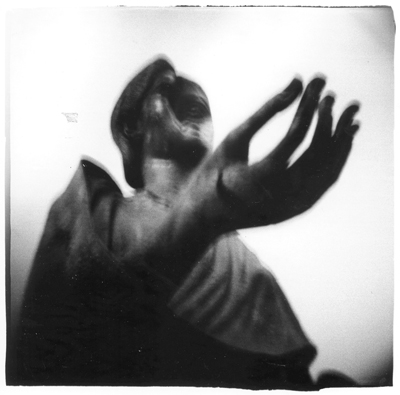 The Art of Don Hong-Oai
BY FANG JING PEI

Connoisseurship in Chinese art is as complex a subject as the understanding of Chinese art in and of itself, the most complex of all, in my estimation, being that of Chinese painting. To the Westerner much of Chinese art is defined by the limiting but unsubstantiated words… beautiful, watercolor, repetitious, old master, Ming, Song, etc. Not to fault the use of such terms and certainly not to fault the lack of understanding of Chinese art by Westerners, it is only within the past half century that Chinese art has been truly studied with attempts at understanding its meaning, style and, yes, its connoisseurship. There are those who would argue that this is not true and that Chinese art was collected and appreciated in the West since the eighteenth Century; however, one need only look at the appreciation of Chinese paintings during the past fifty years by the major museums to see the change in its appreciation, both monetarily and substantive quality not to mention the highly influential auction market. But even today, a master painting by a Western artist of, for example, the sixteenth Century would command a much higher value than a master Ming artist of the same period. There are those who would counter that Chinese paintings are unappreciated in the West because of “forgeries,” copies and the fact that the now famous deceased artist Zhang Daqian deliberately reproduced paintings signing the signatures of the old masters only to foist them upon Western museums and collectors thereby, in part, destroying the market for such works in the West. While there is some truth to all these statements, an underlying truth also is present in the fact that Chinese paintings remain misunderstood by many in the West. The similarities between Western and Eastern art have roots which are distinctly different. These are but a few . . . 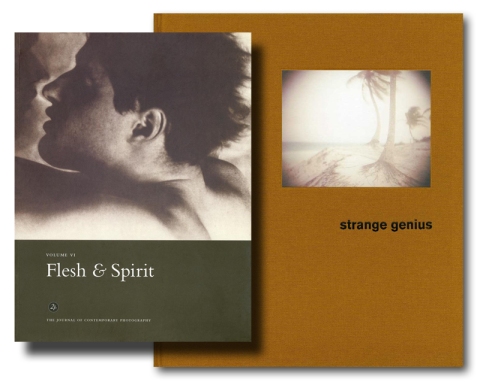 You are currently reading About the Contributors #3 at 21st Editions.