From The Journal of Contemporary Photography Volume VI, 2003: “The Distillation of Lavender” by Ann Beattie

“On February 3, 1847, there appeared in the Sandwich Island News observations about a suddenly hugely fascinating new process that allowed one to have his or her image made, inexpensively and quickly, to be kept or shared: it was like having your own playing card—the ace, of course—and the only question was how you’d play it. The daguerreotype: give it to a loved one? Keep it hidden next to your own heart? Use it as a painting reference? The publication noted: “the Daguerreotype mania is at present the most prevalent among us. Instead of the ordinary greetings of the day, people inquire whether you have ‘been taken yet?’—questions which, in the uninitiated have a somewhat ominous sound.

Today, a question about whether you had ‘been taken’ would probably have to do with buying the wrong car, or waiting for the triumphant ﬁnale of a David Mamet play. I’m only being lightly facetious; of course we are on guard, more than a century later. And we have progressed (if it’s a progression) from ﬁnding meaning in formal portraits to trusting less formal revelations of character (or, more accurately, we appreciate the illusion that that’s what we’re looking at). We’re also more audacious, and ﬁnd it necessary to zoom in on details, to purposefully distort in processing (to say nothing of the manipulation that can be done with the computer). The political statement is all-important. But then, how can you lose, when the new twist on narcissism is that the personal has ostensibly become political?” 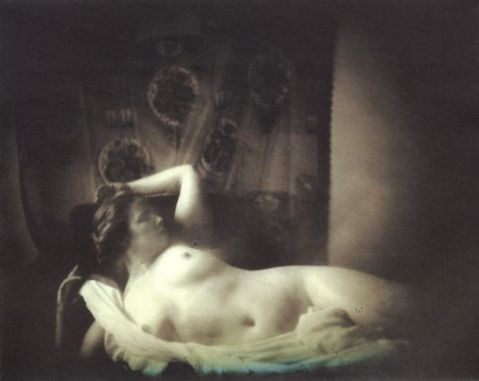 You are currently browsing entries tagged with Jayne Hinds Bidaut at 21st Editions.